Frank Feist shares technical insights about daylighting in the February 2012 issue of Architectural Record. The Watha T. Daniel/Shaw Library in the Shaw neighborhood of Washington, DC was awarded the Wall Street Journal’s one of the best building in 2010. Read the article at Architectural Record HERE. 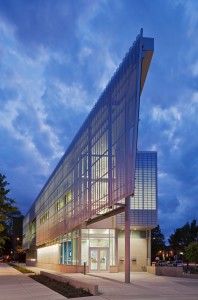